I usually don’t write about anything that might be too controversial, and it doesn’t necessarily have to be, it is just that there are different sides to every story, and this one has a very human side, and very real consequences for everyone involved.

It is not my place to pretend that I can even come close to understanding the amount of desperation it would take for a person to attempt to risk their life in a frightful way, in attempts to find freedom from an oppressive government system. I will however try and share a story, that invites all to see the struggles of real people who cast all of their hopes and dreams on the ocean, in attempts to find freedom.

Like any good story it has a beginning. It was a warm sunny day at sea. My family and I were on the last day of our cruse through the western Caribbean. We decided to catch a mid morning show so that we could enjoy the day on the ocean with all of the amenities that the boat had to offer. The show was in full swing, the final song was playing, all of the actors were in the very last note when “BAM”, all the mics were instantly cut off. How very strange, and unprofessional, I thought. Then, as if the first part were not strange enough, an all over ship announcement was heard. Pardon my paraphrase “This is the captain speaking, the ship has stopped on its course toward Miami, there is an unknown vessel in our path.” OK, unknown vessel? My sometimes overactive creative mind goes straight to all the crazy movies about the ocean I had seen, and I imagined that some massive enemy submarine had emerged in front of the ship, ready to take over all of the sea faring innocents that were aboard…I admit, that is a bit far fetched, but never the less that is the first thing that popped into my head. The second thing was more realistic. Having an understanding of where we were in the ocean, I leaned over to my husband and said, I bet it is a Cuban raft. It was just a secondary thought, I didn’t really have any clue as to what it really was. 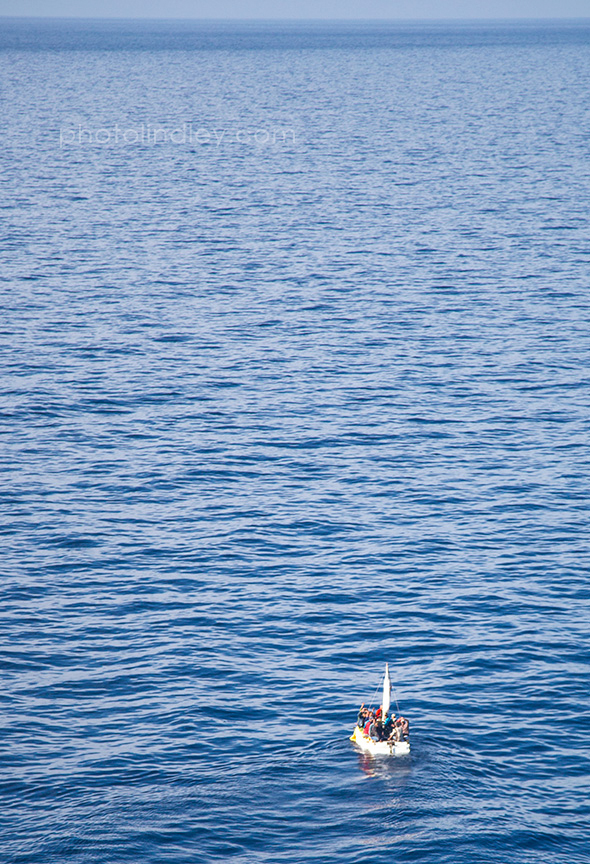 Curiosity got the best of me, and like most of the people that were aboard the ship, we wanted to see what was going on. I went to the top of the upper deck and squeezed my way through the pile of onlookers to see, not an enemy sub, or a boat of any kind, but rather what looked like a small piece of drifting styrofoam, floating on the expanse of the ocean before us. This is what stopped a cruise ship, I thought, wow. As the minutes passed, and the object in question began to drift closer to the ship, I began to realize this was more then just a piece of styrofoam floating in the Caribbean sea, this was in fact a raft, and there were people on board.

Growing up in Miami I had seen many times, on the nightly news, the US Coast guard would pick up some people on rafts attempting to reach Florida. As a child it didn’t really sink in to my mind what an incredibly desperate venture this was. The only boats I had ever been on were well working, had motors, and traveled reasonably fast. I remember the the stories about how they would be picked up taken to the Krome Detention Center, given shelter and medical care, only to be shipped back to the place they tried so hard to leave. As a young child I could not comprehend how dangerous an act this was, and how disheartening it must have been for them to finally make it to the United States, a place that seamed to represent hope in their minds, only to be deported back to their home country.

Here I was, for the first time, looking at the reality of what it meant to get onto a raft and attempt to get to America. The ocean is not a friendly place. It can be an endless expanse of water that seams to have no end in site, and 90 miles might has well be 1000 when you can’t see where you are going. The people aboard were from Cuba. There were many people aboard our cruse ship that spoke Spanish, even some that they themselves were Cuban immigrants. As the raft got ever closer to the ship, many of the cruisers began to yell questions down the the people huddled in the floating styrofoam contraption. Some dropped bottles of fresh water. One of the passengers standing next to me, as I snapped photos, was himself a Cuban immigrant. He said, if had to come this way, he would have never made it to America. Wow, what a profound statement. 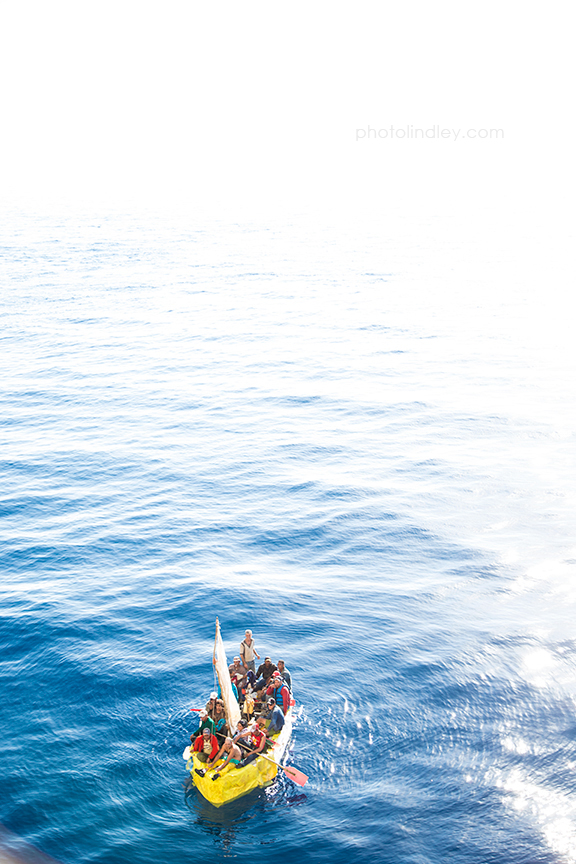 The raft had finally drifted right next to the ship, and it could be easily seen, what at first was thought to be six or seven individuals, turned out to be 16 people, 15 men, and 1 woman, with barley room to sit. They had, what I can only imagine, was a make shift sail. Two sticks tied together with a single white sheet. A couple of home made oars were all they had to steer with. Answering one of the cruse ship passengers questions, the rafters said they had been on the water for 5 days in that condition.

At the point I could see their faces, my heart broke, and I began to pray for them, thinking about how hard it must have been to even attempt this journey. I thought, “How bad do you have to have it to do something this extreme?” “How good do we have it, that people would risk their lives to get to our country?”

Once their raft was right next to the ship, they were allowed on board. I wonder if any of them thought it was strange, being rescued by a Cruse ship with a Mickey Mouse on it. The event being over, I went inside and took one last photo. It was of the map that is displayed on the TV’s located throughout the ship. This was so I could see where we were when all of this happened, how far they had already come, and how far they had yet to go. 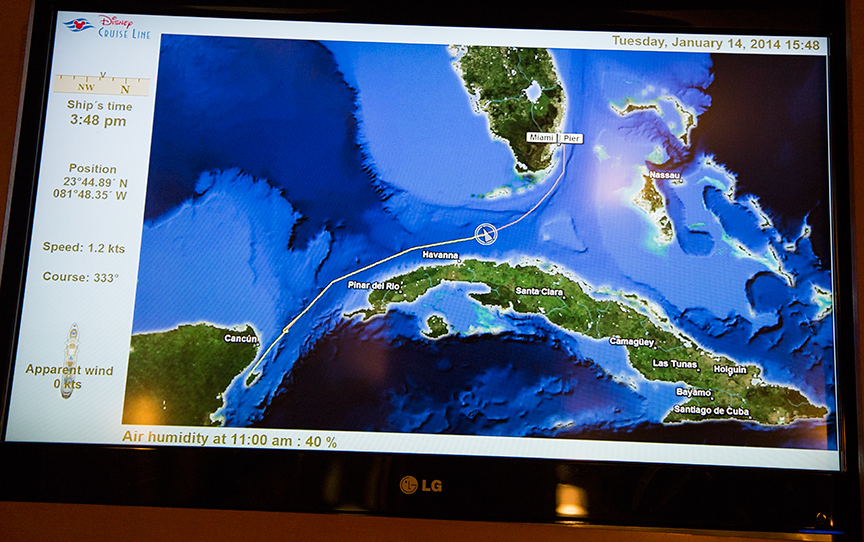 I am not taking a political stance on what is wrong or right, and I will not make a moral judgment on what should be done with them or others that take the insane amount of risk. I will say, to look at the people, to see there faces, to imagine yourself in their seemingly desperate position, makes it a whole lot more real. To be so desperate for freedom, to risk it all, throw your life upon the waves, to be so far from land, not even seagulls could be seen. That is desperation, but it is also courage, and hope. Hope for a better future or even a future at all.