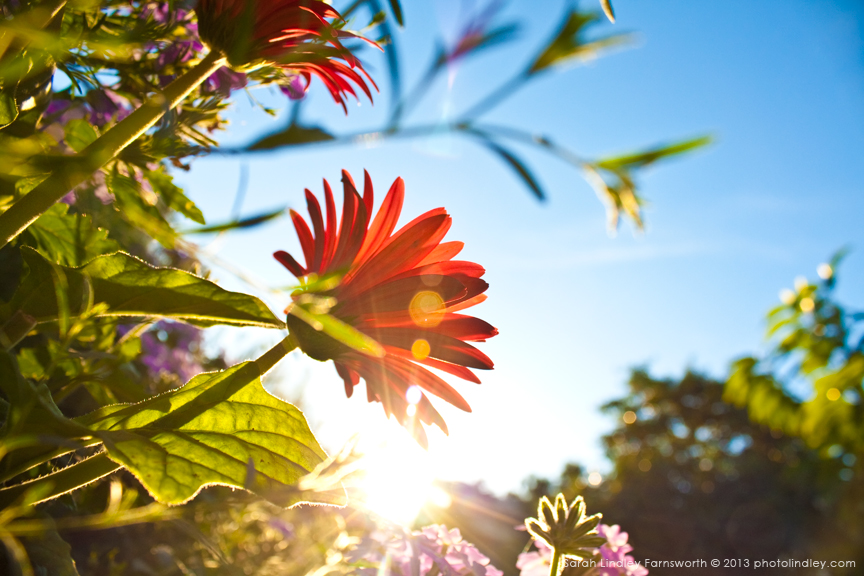 Flowers are beautiful. If I had a dollar for every photo I have of flowers I might actually have some money…. Seriously, is there anybody who wants to give me a dollar per photo? All Kidding aside, we tend to look at flowers from one direction, the top. Sometimes I think that is how people tend to view most things in life. By getting used to seeing things from one point of view or perspective we forget that there are other ways to see the wonders of creation around us, both physical and spiritual.

In this picture my niece pointed out that it looked like an image from Bugs Life the movie. She was right. The photo has the perspective that a bug might have. It was taken from underneath the flowers. Not an easy task. I basically have to lie on the ground, my face almost buried in the dirt, and then arch my neck up in a very unnatural position, all while making sure the camera doesn’t get dirt on it. So, I look a little silly lying in the dirt. No big deal. The perspective I shot of the flower was incredible. It was just as beautiful as any of the shots I have gotten from the top of flowers. Shot’s like this one have given me the idea that looking at things from perspective of a bug, something small and insignificant can be quite rewarding.

Sometimes we walk around thinking that we are the most important thing around, that our perspective is the only one that matters, but, as silly as it may be, there are usually other ways to look at things. Bugs, after all, may seem small and somewhat insignificant at times, but God gave them a view too.

Isaiah 55:8 “My thoughts are nothing like your thoughts,” says the LORD. “And my ways are far beyond anything you could imagine.